Each Ford F150 requires a rechargeable battery of around 12 volt, which gives energy to its system. It includes an ignition system, radio, headlights, and others. The battery will die if it is not charged.

How to Reset Battery Light on Ford F150? You can reset the battery light on Ford F150 by various methods by fixing the faulty alternator and truck computer system. Problems in battery lights occur due to the wiring issue, alternator and voltage regulator, breakage of assessor belts, defective cells or its plates, electric charge system faulty wiring, and improper battery cleaning terminals.

If you find that the battery light has some issues, figure out the causes and its solution. Sometimes the defect occurs that is not directly related to the battery.

A truck battery light in the dashboard indicates various problems, ranging from a damaged battery to the alternator malfunctioning. You have to figure out the problem first then fix or repair it according to the damage.

Turn off all the system which draws power

If the battery light becomes on, it has enough power to drive your truck, but for a short distance. In this case, you have to turn off all the systems except the headlight at night. It includes air conditioning, a heating system, and many other accessories.

This problem occurs in the summer condition or the warm area. In this case, the fumes are produced during regular functioning.

It accumulates on the surface of the battery terminals, you have to check this damage by terminal cover removal.

If you find out the colored substance like white or green on the top or around, it means issues are there and you have to find a way to fix it. The interference occurs in the electrical battery conduction, from the battery to the other truck system.

It can cause skin irritation, so avoid touching it. You have to uncover the terminal, detach the battery cables, and clean it by several methods.

Proper cleaning of the battery terminals

These are the significant reason for the turn-on battery light. You can use simple household items and grease for cleaning.

You can remove it by simple toothbrush scrubbing or dip in the water to clean it. You can also prepare the mixture in which baking soda (1-tablespoon) and 1 cup hot water and scrub the corrosion part.

When you do cleaning, then assure that the clamps link with its cables is safe and secure. If you find the loose part or area, then tighten the screw with the wrench and pliers pair.

You have to follow the given manual instruction or guidelines for your specific Ford F150 model.

You have to check the battery cable or red wire around 12-gauge that is near the starter motor relay.

You have to figure out a heavy red output cable from the alternator onto the starter relay’s fusible connection.

If it is melted and twisted, that shows it is burnt, and sometimes only crimping occurs. These are an essential part that provides the power of your truck engine system and other components.

If these are present in poor condition, you can face difficulty in starting the truck. You have to inspect the damaged battery cables that are the source of power delivery.

If you cannot charge your truck battery with time, it may become dead. The parts or components that responsible for it include the voltage regulator and alternator.

If this voltage decreases, resulting in low power distribution and the battery light turn on. You have to schedule battery service or do its maintenance over time. You can avoid this serious issue with proper care and prevent total die-off.

An alternator has a significant role in your truck battery because it generates the electrical charge, which is stored in it.

It is also the best source of electricity supply during vehicle running and functioning. It also feeds the power to other different parts like headlights, electrical windows, light, and radio.

The alternator fails or the charging system low, your truck engine stop when the battery drains out.

Once the engine off, you cannot start your vehicle because of the low power provide to the engine starter motor.

You have to check your truck battery with an expert mechanic who will figure out the problem. OEM alternator is the best choice for your ford truck system.

Alternator belts have an essential role in drive the alternator. It also best for the engine control pump and power steering system.

When the problem occurs in that component, it means your truck engine temperature becomes high. Your Ford F150 faces an issue in steering due to this defect.

In this case, you have better halt your vehicle as soon as possible and move it to the local repair service center or the garage.

When you neglect this issue and drive with the faulty alternator belt, resulting in damage occur. If you can fix it through a simple pantyhose belt, that is a temporary solution, where lack of service happens.

You can also replace with the well-reputed brand like parts Greek and advance auto parts. The replacement cost for the real part of it around $100-$150.

FTP is also known as fuel test procedure which deals with gas mileage, and another way is through a charging system feed by the alternator. In this technique, you will change or reset your battery light. For battery disconnection:

It will give you different selection criteria like its truck battery temperature, charge, voltage, current, days in service. After, click the apply option and all the data you want to see on the screen.

Battery monitor reset in which turn on the ignition key which fixes the battery monitoring system. It provides valuable information, when to apply it like a battery, BCM, BMS reset require.

It is essential for the late model truck. When it complete, it changes the charging system to increase the gas mileage system.

When you replace the brand new battery confirms that the alternator output matches with it.

It is also known as acid leakage and vehicle catching fire mostly due to this factor. The leaks occur in the battery negative terminal resulting in the sensor monitoring system failure.

It also causes overheating and combustion happen. You have to switch with the Absorbed Glass Mat (AGM) and better as the lead-acid batteries.

You have to check the serpentine belt becomes loose or absent. During its damage, some symptoms like squealing noise, glazing, pilling, cracking, and abrasion. You have to replace it with some expert technician.

Fuse box present under the hood or inside your truck. You have to figure out if any fuse blown occurs resulting in the shorts and replace it with the better one.

How to turn off backup beeper on Ford F150?

Are Ford truck bodies made of Aluminum?

How to add running boards on Ford F150?

How to Open a Pop-Up Camper?

How to Reset Trip Meter on Ford F150? 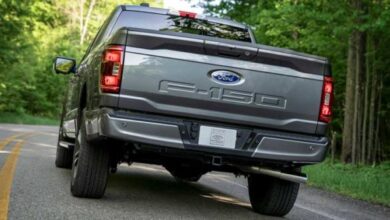 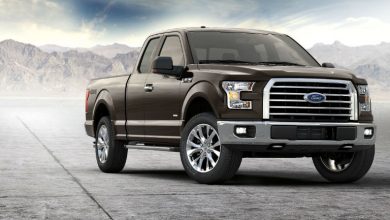