You can put a Ford F150 in a neutral with a dead battery by following these easy methods. We have explained different kinds of gear systems in the Ford Trucks.

How to Put a Ford F150 in Neutral with a Dead Battery? The conversion of the Ford F150 into neutral depends on different gear shifters. To put Ford F150 in a neutral with a dead battery for the column shifter, you can unlock off-brake shift interlocking in the steering compartment. The console shifter and rotary shifter can undo this locker in the console region that enables them to move from park to neutral.

If your Ford F150 battery is dead, your truck will not move. In this article, we have added easy steps to move the gear to the neutral even when the battery dies.

There are three kinds of gear shifters present in Ford F150 models:

In different models of F150, column shifter present like XL, STX, etc. They are the earliest known shifter because they work simply by pulling the gear shifter into total gear compartments like park gear, reverse gear, neutral, and drive.

They are call column shifter because they extend out from the steering box. That’s why there is a lot of space in the console region of the truck.

They are present in the console area of the truck. Consoler shifter is of varied sizes, comes after the column shifter.

There is a push-button attach to its anterior head. They work simply by pressing a button. It moves to all the compartments of the gear section.

Another innovation of console shifter is that they can easily fold back. This feature frees up the region in 2021 F150 models. Console shifters are of varied types. Console selectors of this type include park, reverse, neutral, drive, and manual shifters.

The shifter functions simply rotating their dial into different gear sessions, the reason why they are also called a dial shifter.

The gear sections of this type of vehicle include park, neutral, reverse, and drive mode, and the manual button is present in its middle.

There is also a feature of progressive range selector in it. They are also present on the console section of the truck.

Ford F150 is furnished with a break shift interlocker. They are for safety purposes, they prevent the gear shifter from moving when the brake pedal does not push down and when the ignition is on. It cannot move from the park position.

After pressing the brake paddle of the truck and operating the ignition,

The Gear shifter does not move from the park position, adheres at that place. Then there are two reasons for this happening one reason is the failure of brake lamps, other is some circuit blown.

If the brake lamp working accurately, and there is no circuit breaker happen, then you can move the gear shifter from park position by following methods:

Neutral mode for the column shifter

To move the gear shifter from the park position to the neutral position. The first step is pressing the brake and turning the ignition off.

Remove the bolts attach to the lower half of the shroud. While pushing the brake pedal, drag the white disc in the passenger seat direction, and convert the column shifter to neutral. Now try to start your vehicle. Fasten all the compartments to their place in the same manner.

You can convert the console shifter into neutral when the battery dies simply by pressing the truck brake and turning off the ignition.

At the same time, convert the gear shifter from the park position to the neutral position. Apply the brake panel and start your vehicle.

In this procedure, pressing the brake paddle is necessary because without dragging the brake, the truck can move in forward or in the opposite direction. Rearrange all the compartments to their places.

Another method of console neutralization

The withdrawal of the rubber pad that presents between the gear shifter and the cup holder. You can do it with a screwdriver.

Try to unfasten the attachment points in the access panel. So you see the gear shifter from inside. You can find the brake shift interlocking that locates on the passenger side of the compartment.

Try to pull the interlocking in a forward direction while applying the brake. Now move the gear shifter from park to neutral mode.

Neutral mode for the rotary shifter

The conversion of the rotary shifter from the park position to the neutral position is a tricky process.

This dial shifter includes two new features first one is the lockout security that prevents the rotary shifter move to the gear shifter when the truck is in motion.

Another feature is an automatic shift that converts it to park position. If the engine stops during driving, the gear automatically shifts from the drive position to the park position.

To convert it into neutral, open the center console cabin, you see the small hole in it. If you put the screwdriver in this hole, all the compartments light up, the time you can rotate the dial shifters to the neutral.

There are two kinds of transmission systems in Ford F150 i-e Automatic transmission or the progressive range selection (PRS) and manual system. In the manual, the driver needs to change its gear shifter with the help of a clutch.

In an automatic system, there is no involvement of clutch for changing gears. In this system, vertical gear shifters fasten with the steering or console region of the vehicle. The shifter can automatically switch between different gear selectors.

Some benefits are associated with both transmission systems. In a manual transmission, there hold of the driver on the automobile by controlling its gear shifters. This transmission costs less to repair than the automatic system.

In ford, automatic or PRS helps you to drive better in slippery conditions. This conversion into different gear selectors occurs smoother and faster. This system also helps in better fuel efficiency and increases mileage with a suitable price.

Common problems with the gear system of Ford F150

There are different transmission problems through which the automatic system stops working, and for moving it, you need to convert it into a neutral mode.

The battery is the essential element of any vehicle that converts chemical energy into electrical energy. Transmission malfunction is a sign of battery corrosion. You can see it through the inability to shift the gears; these shifters are hard to convert because the battery is not providing it enough power.

The fluids help the automobile for its accurate working and provide lubrication. The leakage of automatic transmission causes the engine to stop working. Another factor is the low running of transmission fuel that causes overheating and burning and leads to corrosion.

Sensors indicate light on the onboard computer screen. It assists the driver in verify and solve the transmission-related problem before the engines fail to work.

The sound is due to the linkage problem or due to damaged gears. You can hear these sounds while pressing the clutch, results from the defects of the synchronizer, broken shifter covering, adjustments issues.

The transmission that takes a long time to go into gears happens due to transmission leakage problems or the lack of maintenance.

This problem leads to overheating, engine failure, damage to its internal system. However, you can use the methods mentioned above to put your Ford truck in neutral with a dead battery.

Why does Ford F150 shut off when you stop? 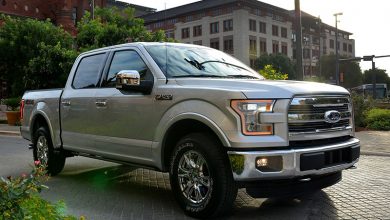 How to Make My Ford F150 Look Better?

How to Install Ranch Hand Grill on Ford F150?

How to replace front turn signal bulb on Ford F150?