Here are 11 easy methods to reset the Ford F150 door code. The demand for this feature is high with time because few Ford vehicles do not contain this feature.

It is the ford specialty that makes it unique from the other automakers. With advanced technology, the button keypad turns into a touchscreen.

The door code is a unique code specific to one system, and you have only access to it.

You can say it the access, lock, or pin code that locks and unlock your truck door without using the key.

It is available in the form of the five-digit key which you put on the keypad.

It also helps in various other functions like in the seat and mirror settings and reprogramming your entry code. It can also help the anti-theft alarm, which arms and disarm it.

The keyless entry keypad present close to the driver window side.

It also located inside the Ford owner’s wallet card, inside the glove box, and you can get it from the official dealer.

When you purchase your truck and forget to achieve that code, you do not have to worry. It hides inside the vehicle area.

How can you find the door security code?

You have to consult with a manual to find it on some page or its wallet card easily. Please make contact with the dealership.

He will help with that task or reset the code number. You can find it from the glove compartment or the computer module that imprint on the label outside the module.

In this case, you make the ignition key turn on by the original vehicle key. You click on the touch screen setting where the screen feature appears as a vehicle setting and press the lock at the end.

You have to ensure some essential points like all five-digit are not the same for the new access code generation.

You make sure that in the sequence like 12345, you cannot add this type of new door code. You can set which are alternate in position and have your only access.

First, you have to enter the factory-set code that remains the same and cannot change even after the new code. Then press the keypad first option, and the time duration of input and click is around 4-5 seconds.

Second, add the new desire alternate 5-digit code and press the same option at the fixed time so that it becomes saved and the door unlocks.

For each pin code, the keypad number is different from entering access code four; you press the keypad option 7-8.

In this case, you have to put the factory code or your access code and press the control keypad option like 3-4, and the time gap for the five-digit insertion is around a few seconds, not more than 5.

If you enter the first code valid character, resulting in the keypad display illumination.

In this case, you do not need to put the access or factory code and confirm that the door locks.

You have to press the control keypad with two options simultaneously as 7-8 and 9-0 for this purpose.

When you enter the incorrect code various times, the anti-scan mode becomes activated and stops the keypad from functioning for 60 seconds, and the red flash turn ON.

Sometimes you enter it in a hurry, so the system cannot accept it. You have to enter in a slow process but not give the large gap.

In this case, you have to follow some procedures, like you have to wait for 60 seconds before which display becomes inactive.

Through the remote control-click on the unlock and turn on your ignition key. Through intelligence, the access key gets the factory code and inserts it into the display.

There are other two methods which best for getting the factory 5-digit code.

The integrated keyed transmitters help lock and unlock and start up your truck.

You have to put the previous programmed coded key and turn on the ignition and remove it and repeat this process.

After a few seconds, around 5-10, insert another key and turn off/on it. In the end, remove the new programmed key.

You need two programmed intelligent access keys for the factory code access, which inserts one of them into the console compartment.

It is on and off, making your truck ON and remove it from it. Repeat this process for the second key, and the code appears.

VIN is the vehicle identification number that represents the social security feature. It is available in the 17-digit code that gives you the vehicle’s complete information.

You have to get the best knowledge about this number. In this case, the digit or character 9 tells you about it.

It recognizes as the remote anti-theft personality module. When your door code or the keyless entry code is not functioning, the possible cause that occurs is the RAP system.

It links with the generic electronic module ( GEM) and gives it to the message about the interior light becomes turn on and off due to its transmitter. When the door becomes on, the GEM indicates it.

When you replace it all the system remote become reprogram for this new one proper functioning.

You have to set the unique code by entering the permanent one, which presents on the module sticker.

For the system alert, you have to press the half button in a few seconds. After that, enter the five different new digits and make it confirm its operation.

The GEM is also known as the generic electronic module. When you replace it, it can reconfigure its proper functioning.

The function of several modules combines to in the common GEM/CTM. It can figure out the issue and repair the different systems to their normal state.

Moreover, it contains the diagnostic capability resulting in the error code detection and records it.

Limitations when you cannot use the door code

The keyless entry system cannot work in some situations and assure that its remote control is away from the tailgate and door handle approximately one meter away.

Sometimes truck and the remote battery do not contain power or charging.

Moreover, sometimes frequency, distance is not compatible with your Ford F150 and near to electronic gadget like mobile. In this case, you have to maintain your vehicle’s distance from yourself for its proper functioning.

How to control zone lighting on Ford F150?

How to disable tire pressure sensor on Ford F250?

How to replace the battery of Ford F150 key fob? 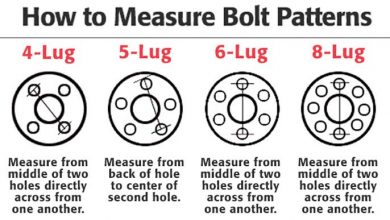 What is the Wheel Bolt Pattern on a Ford F150? 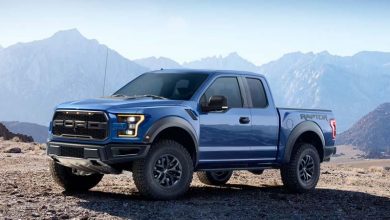 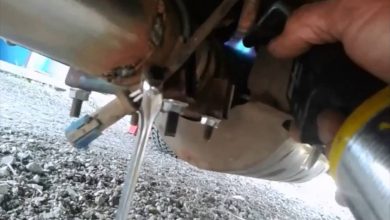 How to Replace Oxygen Sensor on Ford F150?