Here are 15 interesting facts about Ford electric truck. There is a buzz in the market that the new all-electric Ford F150.

Is Ford Coming Out With an Electric Truck? According to an announcement by the company officials, an all-electric model of the company’s highest-selling F-150 truck is expected in 2022 that can reach 0 to 60 miles per hour in less than 4 seconds.

Is Ford Coming Out With an Electric Truck?

The company has announced its electric pickup truck’s launch after launching its latest F-150 hybrid truck in 2021.

Ford is one of the largest truck manufacturers with its famous brand F-150 that is available in many designs and shapes.

Now they have announced to launch an all-electric variant of this ruck to compete with rivals in the industry with the increased popularity of electric vehicles.

Moreover, various governments are imposing strict regulations on diesel and gasoline vehicles due to the carbon emissions.

However, the company has released a few videos to boast about the towing capacity, torque, acceleration, and other features.

It can be a marketing strategy to create suspense in the market about the potential of this vehicle.

Ford has not shared details about the design and body shape of the electric pickup. However, work on its manufacturing is in process in its Michigan plant.

According to a video revealed on their official website, the truck has a similar body shape as that of the truck’s latest truck available in the market.

However, the company can work on improved aerodynamics of the body to reduce air friction. It will be helpful in better speed and energy savings.

The color variant shown in the video is black.

The height will be slightly higher to make space for batteries. Moreover, the absence of an engine will provide a larger front trunk space to keep your luggage.

To charge the pickup, you can also expect a charging port that will be different from a regular gasoline truck.

Miles on a single charge

The range is the most critical concern for customers regarding electric vehicles.

Range more than 270 miles on a single charge for Mustang Mach-e, an all-electric SUV launched to compete with Tesla in the 2021 model.

Customers expect a similar or more driving range from the announced model of the electric pickup.

We have a video to showcase the towing capacity of the prototype electric pickup under construction.

In this demo video, they loaded 42of these electric F-150 trucks in 10 double-decker freight cars.

They pulled this enormous weight of approximately 1.2 million pounds with the help of an all-electric prototype for a distance of 1000ft to demonstrate that electric motors are capable of towing large weights.

However, it was a supervised stunt because freight cars were operating on rails with less friction. Actual capacity details will be available after launch.

Their competitors like General Motors and Tesla have started joint ventures to produce batteries for their electric vehicle production line.

It purchases batteries for its newly launched Mustang Mach-e SUV from SK innovation.

They come in waterproof cases with safety features, and they will have a place on the floor between the 2 axles.

The company will provide similar batteries for up to 4 years as per the agreement between Ford and SK innovation.

However, the exact number of cells, power rating, and other relevant specifications will be available after the company’s announcement.

Electric motors provide all the power necessary to run an electric vehicle.

There should be a minimum of 2 or more engines, one with each axle, to provide better power transmission and operating efficiency.

Recently, they have invested in Rivian to develop an energy-efficient electric truck, R1T, that can cover more than a 350-mile range with extended battery packs.

Ford can seek technology transfer from Rivian to develop an energy-efficient motor design to extend the driving range of the F-150.

Actual power rating and torque data are not available for prototype trucks. However, the company has announced that it has better features than all the available trucks.

This company has announced the development of an all-electric truck in 2019. Later on, they declared that the launch date would be after launching the hybrid F-150 2021 model.

Now the expected date is late 2022. The final date will be available after the latest updates from company officials.

The price of electric vehicles increases with the size of the battery pack.

However, you can expect some savings in its cost in terms of tax incentives from the government on electric vehicles and saving a few hundred dollars in operational cost because of no gasoline and low maintenance costs.

Competition with electric trucks expected in 2021-2022

You can expect about 8-10 new electric pickup trucks in 2021-22 from different new manufacturers and large companies, including general motors and Tesla.

Therefore, they have to improve their game and introduce new features in their upcoming electric truck to attract customers and compete with these electric pickup manufacturers.

Does Ford have any experience of building electric vehicles?

This company has foreseen that the future is for energy-efficient, emission-free electric vehicles.

Therefore, it has increased its investment in electric vehicle manifolds and has launched Mustang Mach-e in late 2020. It has won the North America SUV of the year award.

Therefore, they have required experience regarding the development of electric vehicles. Moreover, charging stations of the company are available across the country.

Ford has recently launched the F-150 truck in 2021 with the hybrid powertrain.

A 47hp electric motor and a 400hp engine provide dual options to save a bit of fuel consumption. It is a step towards the electrification of new models after 2021.

Therefore, the company has announced the launch date after the launching of the 2021 model of F-150.

With the increased production of electric vehicles in the future, companies like Ford have to face few challenges regarding the supply of parts.

They have not made any investment in producing semiconductor chips and lithium-ion batteries for their electric vehicles.

With increased demand from auto manufacturers after the Covid-19 pandemic, there was a shortage of semiconductor chips.

Therefore Ford has to halt its production of F-150 trucks.

Similar problems can arise in manufacturing semiconductor chips that are a mandatory part to control an electric vehicle’s operation.

Therefore, Ford should invest in local manufacturing of chips and maintain a stockpile of components to avoid production stops.

Other companies like General Motors and Tesla have invested in the production of batteries for their eclectic vehicles.

Ford lacks this facility and relies on a third-party manufacturer for its electric trucks’ battery supply chain.

Moreover, the US government has banned SK innovation for 10 years to import battery parts. This situation in the future with increased production of electric vehicles can create a shortage of batteries

How much is Ford F150 extended warranty?

How does Ford F150 generator work?

All About 2022 Ford Maverick Truck

Are Trucks Cheaper in Texas? Facts You Should Know

How to Unlock a Ford F150 with a Dead Battery? 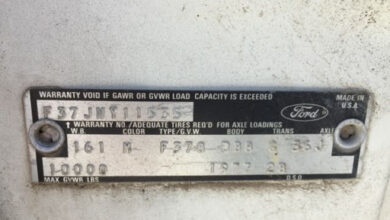 How to Decode a Ford Truck VIN Number? 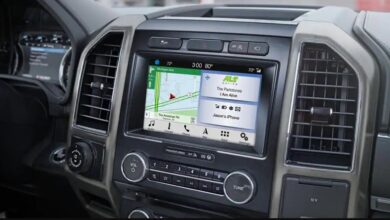 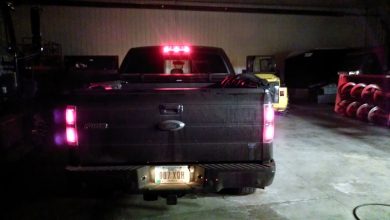