Ford SYNC can control the audio, video, radio to play music, and make a call. It works on the voice command and enables to do the function. If the Sync screen turns black, you have to reset it, like replace the fuse, turn on the radio, reboot, update software, and few others.

Sync system in your ford can increase your quality time and make you entertain. It performs several functions like make calls, music system, gives you driving dimension and many others.

It uses wireless technology and makes Bluetooth connections with your device like a phone.

It customizes for each truck and varies for every vehicle, but the working system is the same for all.

The ford truck, which equips with the sync system, sometimes shows a blank or black screen due to various faults.

It includes several defects like fuse blown, APIM and FDIM defect, bad cable connections, and software fault. You have to figure out the issue and make a solution for it, or go to the garage and repair the system.

It refers to an accessory protocol interface module that has an essential role in proper functioning and processing.

It can interlink with the several CAN network but also have a connection with the IDS.

When the sync screen becomes turn its color, the APIM part shows no image, and its operation disturbs during the ignition key turn on.

It is also known as the front display interface module. It is the sync-3 system part that shows a touch screen display.

It has the communication or transferring role like signal receiving, generation, and transformation to the low voltage differential signaling cable.

The modern ford truck FDIM does not link or connect with the CAN network as compared o the old vehicle.

If the FDIM shows a failure indication, it does not mean the sync-3 system also fails down.

It recognizes as a low voltage differential signaling cable in which four conductors present.

This system makes an excellent connection between the accessory protocol interface module and the front display, which is the signals receiver and sender’s best source.

It receives, generates, and transfers the power to the FDIM system.

You can check or test the resistance by cable disconnection among these two network connections.

When the sync failure occurs, your ford display screen turns black/blank or becomes blue. Many possible defects occur, which can responsible for this defect and need the resetting method.

Another way is to reset the issue by upgrade the software installation. In this case, you have to insert the USB drive into the ford USB port.

It can further modify some features like better voice recognition, device compatibility, and many others.

Another reboot procedure in which you have to stop your vehicle engine figure out the fuse box location, and remove it from the ford sync system.

Next, replace it with a new one and restart your truck. Another option for rebooting is the removal of the clamp cable assembly.

If you face difficulty in Bluetooth connection with the sync, then take some standard measures.

You have to turn off the ignition key and shut it off or opening the front driver door for a while.

Observe and wait for all the sync functioning, and processing becomes turn off and hold for a few seconds or a minute.

Then, turn the key on and wait for its restart all procedure and observe the cluster power also becomes on.

After this, the connection does not recover, then follow some other shortcut, which helps resolve the issue.

You have to power off your phone or turn it on and of the phone and sync Bluetooth.

Then, assure that it has a connection with the sync system and do some more steps turn off your ford, do driver door opening and closing and confirm the operation start.

You can also manually connection of these if the above does not solve the problem.

For the proper functioning of your ford truck sync system, you have to maintain or adjust the phone pairing.

The issue occurs due to improper pairing like slow operation, the audio or video impair resulting in a black screen.

In this case, you have to edit and clean your phone pairing data. Another way is to edit your phone book, which improves audio recognition.

In this case, a few key steps are involved. You have to move to the Bluetooth setting option on your phone and delete the sync. The vehicle is in running condition, and the ignition key turns on.

Next, you have to off truck uncover the hood, unscrew the bolt, stable the cable assembly, and remove it.

Restart your phone and tighten the clamp and cover down. Now start your vehicle around five minutes radio becomes on and then off until all the systems recover.

Turn on the radio

Sometimes the radio will turn off. In this case, you have to power its button and move or click the right arrow. It is an easy step that can work for it.

If a black screen issue arises, you have to resolve it by stabilizing the power.

In this case, go to the dealership can figure out the problem and decide the solution.

You can disconnect the battery for a time, around 8-10 minutes, and reconnect it, resulting in back fine condition as rebooting the computer.

If you face a problem with the sync-3 screen, like show black, the audio is better, but another system like a backup camera and the menu is improper.

In this case, you have to do the simple factory master reset. These options are present in the menu, like below the general button, next press the update.

It will fix the problem and if it reappears again, then repeat this process. In this case, you do not need to go toward the dealership or repair center.

This system contains the specific reset feature, which recovers the working operation but does not delete your previous data.

It includes call and chat history, contact list, and paired device. You have to press the seek-up and radio power button for a while.

After a time of around 3-5 minutes, the screen turns to blank.

You have to give the reset system a time and do not disturb this process; all the activity recovers in few minutes, approximately 5 minutes.

In the end, resume the sync system. If the cable wire becomes impair or damage, then avoid the connection or using it for function.

It prevents the seats, pedal, or driving abilities. Another factor, its operation depends on the speed limit, which enhances your safety level. You have to read the manual before its operation.

Through a master reset, you can cover the sync software issues. There is another method that deletes all previous data, like phone pairing, text, and call.

You have to confirm some essential points before start the resetting.

Your truck is not in accessory mode and aware of all its control systems.

In this case, you have to press the setting option on the screen and press the master reset after swiping. Remove all the system settings and reset the factory default.

For a few minutes, the sync screen turns on and off after return the normal working condition.

Why is my Ford F150 USB port not working?

Why are Ford Trucks so expensive?

Why is a Ford F150 blinker blinking fast?

How to remove cigarette lighter in Ford F150?

Can Campers Go Through Tunnels? Facts You Should Know

Best Way to Fly a Flag on a Truck: Facts: You Should Know 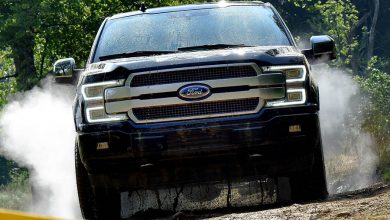 How to Install Subwoofer in Ford F150? 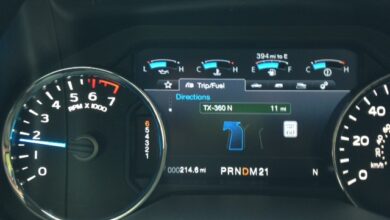 How to Disable the Ford F-150 Speed Limiter? 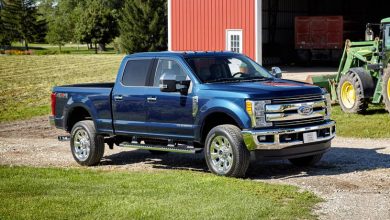